SOME IMAGES FROM THE RECENT BA. KU. COFFEE TABLE BOOK SIGNING AND RELEASE EVENT IN NEW YORK.
THE 224 PAGE HARDCOVER BOOK IS AVAILABLE TO ORDER FROM AMAZON HERE. 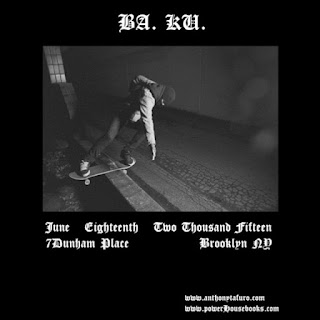 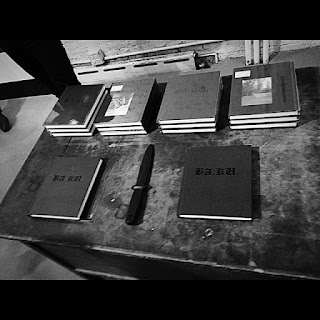 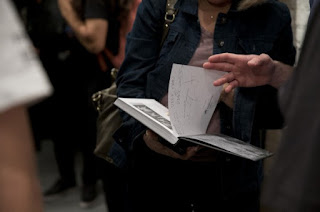 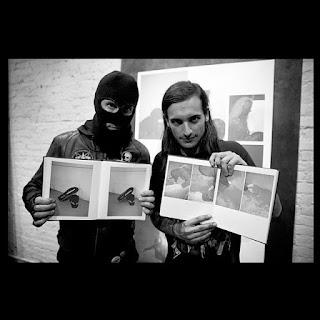 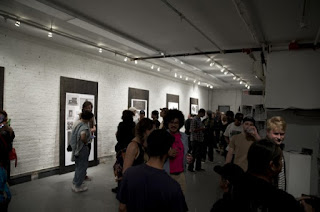 Posted by THE BARRIER KULT at 1:06 PM

SEE THE INTERVIEW AT VICE HERE. 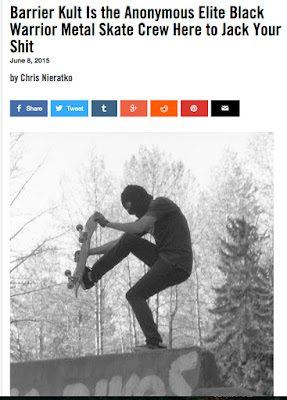 MADE BY DEATH BY METAL IN JAPAN:

This is the new coach jacket of death by metal.  T-shirts, button-down shirts and coaches jacket of all sold out the BARRIER KULT x Chris Moyen official collaboration model.

The presence of unique is in the skating culture, undercover black metal skating team to attack the only concrete barrier BARRIER KULT aka BA.KU.
This until death metal was not much of exchanges and skater, skater as an important presence that becomes the bridge between black metal music scene, we have received overwhelming indication from both the metal head.

The illustrations BEHERIT from 1990 initial, BLASPHEMY such as many of the cult band of the jacket worked came French underground death, black metal world leader illustrator, Chris Moyen" 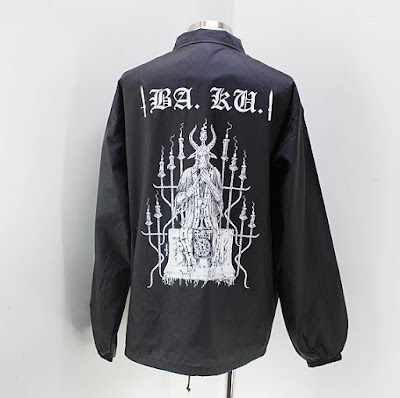 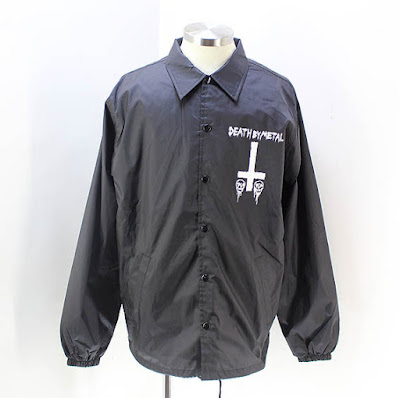 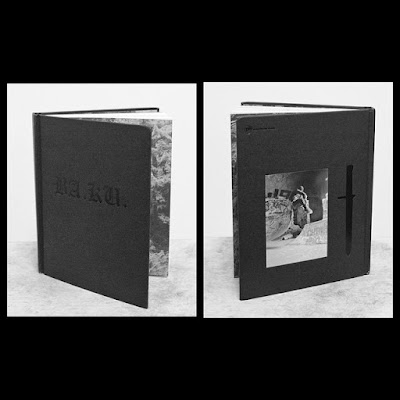 From the Powerhouse Books site:


Hardcover: 224 pages
ISBN-13: 978-1576877388
BA. KU. resembles a religious cult and is likewise intricate and timeless. The skaters’ ages range from early twenties, to mid-forties, with members spread around the world and meet up in Vancouver, (or wherever there is a proper barrier) when it comes time to collect footage for a video/film. Though alchemy and other ritual practices interest the Barrier Kult, their true roots lie in music and nature. The team is promoted by and has worked with countless bands in the black metal/noise community and feels that the genre has been able to loan the group its face and image. By connecting with these heavy musical influences, BA. KU. has been able to grow a loyal fan base that is not concerned with who may be behind the balaclava mask. While watching the team perform, the vast nature of B.C. creates the atmosphere, and war metal amplifies the experience. Most of skateboarding culture has been linked to punk, rap, metal and other similar genres, so the rookie members of BA. KU. are all proud to sport the musical inspirations of the organization.
Within the city of Vancouver, and amongst the deep wilderness of B.C. dwells the Barrier Kult. They’re an assembly of incognito professional skateboarders that ritualize their skill on concrete barriers. The team was created ten years ago by Deer Man of Dark Woods and Depth Leviathan Dweller, who decided to adorn a mask of anonymity after growing tired of the repetition of the professional skate world. One would argue that the Barrier Kult’s entire way of skating is repetitive, but the team takes this as a challenge to land big tricks… on stone cold concrete.
Anthony Tafuro, originally from Long Island, NY, currently resides in Queens, NY. Tafuro grew up on the road touring with a band where he met skateboarders everywhere he went. Most of the crowd consisted of skate kids, which eventually led to an interest in photographing this mythic culture. After hanging with wrestlers and roller derby girls working with BA.KU. was Tafuro’s ultimate goal. Trips to Vancouver allowed Tafuro access to the team, as well as a mutual understanding of how the images should appear. To also share such a similar interest in music was refreshing…"
NOW AVAILABLE

PLUS-
"Deer Man of Dark Woods will be in New York from June 17th to the 20th to celebrate the Barrier Kult hardcover publication released by Powerhouse publisher. All photographs by Anthony Tafuro. Stop by the 7 Dunham gallery in Brooklyn on the 18th to see the release." 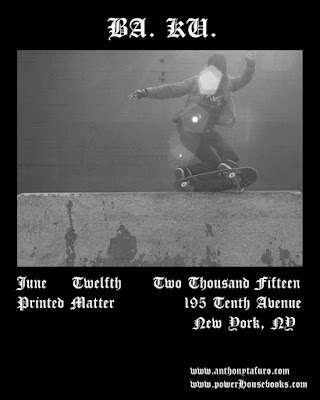